[Full Disclosure: This article contains affiliate links. As an affiliate, I receive compensation if you purchase through these links, at no extra cost to you. You can read my complete disclosure statement here.]

Have you ever been asked, “Is Jesus God’s Son?”

Believe it or not, this is actually one of the most asked questions by non-Christians.

That said, since Christians regularly refer to Jesus as the “Son of God” (often without any thought to it), I think it’s quite important to give a well-thought response to this question.

However, you won’t often hear too many Christians say it in that exact way as it can sort of feel like it’s not presenting the full meaning of what is meant by the title “Son of God” (though Jesus really is God’s Son!).

So, what do Christians mean by the title “Son of God”?

“son of God” in the Old Testament

First, I think it’s really important to make the point that the title “son of God” shows up fairly often in the Old Testament and in the ancient world, long before Jesus shows up on the scene.

As it says in the Catechism of the Catholic Church, “In the Old Testament, “son of God” is a title given to the angels, the Chosen People, the children of Israel, and their kings. It signifies an adoptive sonship that establishes a relationship of particular intimacy between God and his creature” (CCC 441).

This means that the title “son of God” in the Old Testament is not intended to be a claim to divinity nor a reference to being begotten by God. Instead, in the lens of the Old Testament, receiving this title was often a sign of sharing in a covenant relationship with God.

The Catechism continues, “When the promised Messiah-King is called ‘son of God,’ it does not necessarily imply that he was more than human, according to the literal meaning of these texts. Those who called Jesus ‘son of God,’ as the Messiah of Israel, perhaps meant nothing more than this” (CCC 441).

Jesus as the “Son of God” in the Gospels

But what exactly did St. Peter mean in the Gospels when he confessed to Jesus, “You are the Christ, the Son of the living God” (Matthew 16:16)?

I think the answer to this lies in Jesus’ response to Peter: “Blessed are you, Simon Bar-Jona! For flesh and blood has not revealed this to you, but my Father who is in heaven” (Matthew 16:17).

Jesus is making the claim that what St. Peter just confessed is not something he came to know by his own reason, but instead is a truth of faith revealed to him. It was something new that St. Peter had not already known, and it would be on this truth that Jesus would build his church.

As Jesus clarifies at the end of verse 17, it was his Father who revealed this truth to St. Peter – the truth that Jesus is not merely a “son of God,” like the angels, Israel, and their kings before him, but instead is the only “Son of God,” who is “begotten, not made, consubstantial with the Father” (Nicene Creed).

And as the Catechism says, “this acknowledgement of Christ’s divine sonship will be the center of the apostolic faith, first professed by Peter as the Church’s foundation” (CCC 442).

This passage, however, is only one of the many times that Jesus affirms his title as “Son of God” in the gospels.

Another passage, which particularly shows the distinction between Jesus and the servants of God who came before him, comes in the form of the Parable of the Wicked Tenants later in Matthew’s Gospel.

If you read this parable carefully, you will see quite clearly how Jesus sees himself not only as another servant of God, but truly and literally as God’s Son. The wicked tenants in the story believe that by killing the son they will have claim to the householder’s inheritance, showing the intrinsic connection between the householder and his son.

Lastly, arguably the most explicit moments in Sacred Scripture where Jesus is described as the “Son of God” occur at his Baptism and Transfiguration. In both events, the voice of the Father proclaims, “This is my beloved son, with whom I am well pleased.”

It is in these two moments where the mysterious meaning of Jesus’ sonship is more fully revealed.

What does it mean to say “Jesus is God’s Son?”

If by the title “Son of God” more is meant in reference to Jesus than for “the angels, the Chosen People, the children of Israel, and their kings,” then what is this implying?

Jesus is even greater than the angels?

Well, according to the Catholic Church, when Jesus acknowledges himself as the “only Son of God” he is affirming his eternal preexistence. This is what the Nicene Creed is proclaiming when it states: “I believe in one Lord Jesus Christ, the Only Begotten Son of God, born of the Father before all ages. God from God, Light from Light, true God from true God, begotten, not made, consubstantial with the Father; through him all things were made.”

Therefore, Jesus is not only fully human, but he is also fully divine. In some mysterious way, Jesus shares the divine nature with the Father from all eternity [as well as with the Holy Spirit] (CCC 242).

Yes, this is a proposition of faith, but not an unreasonable one. It is faith based on evidence: the eyewitness testimony of the Resurrection of Jesus.

It is after Jesus’ Resurrection, which is attested to by many witnesses, that “Jesus’ divine sonship becomes manifest in the power of his glorified humanity” (CCC 445).

If Jesus didn’t actually rise from the dead then we have no reason to take seriously his claim to divine sonship. But if he really did rise from the dead, then we must admit to ourselves that it is confirmation of all Jesus’ works and teachings. And therefore, he must really be the “Son of God.”

So, the question remains: what is your response to the question Jesus presented to St. Peter: “Who do you say that I am?”

My Favorite Book about Jesus’ Claim to Divinity

The Case for Jesus: The Biblical and Historical Evidence for Christ by Dr. Brant Pitre

This book is a must-read for anyone serious about proclaiming the truth of Jesus’ divinity. Many people today believe ideas such as “the Gospels are historically unreliable” or “Jesus never made a real claim to divinity.” Dr. Pitre shows in a clear and reasonable way the error in such thinking. After reading this book, you will find yourself well-equipped to make the case for both Jesus’ divinity and the authenticity of the Gospels.

What is your response to Jesus’ question: “Who do you say that I am?”

In this Tough Catholic Teachings cheat sheet I provide for you direct links to the paragraphs in the Catechism of the Catholic Church that speak specifically about these tough topics.

You won’t need to go searching for what the Catholic Church actually teaches about these subjects as you will have direct access to the Catechism’s teaching all in one place! 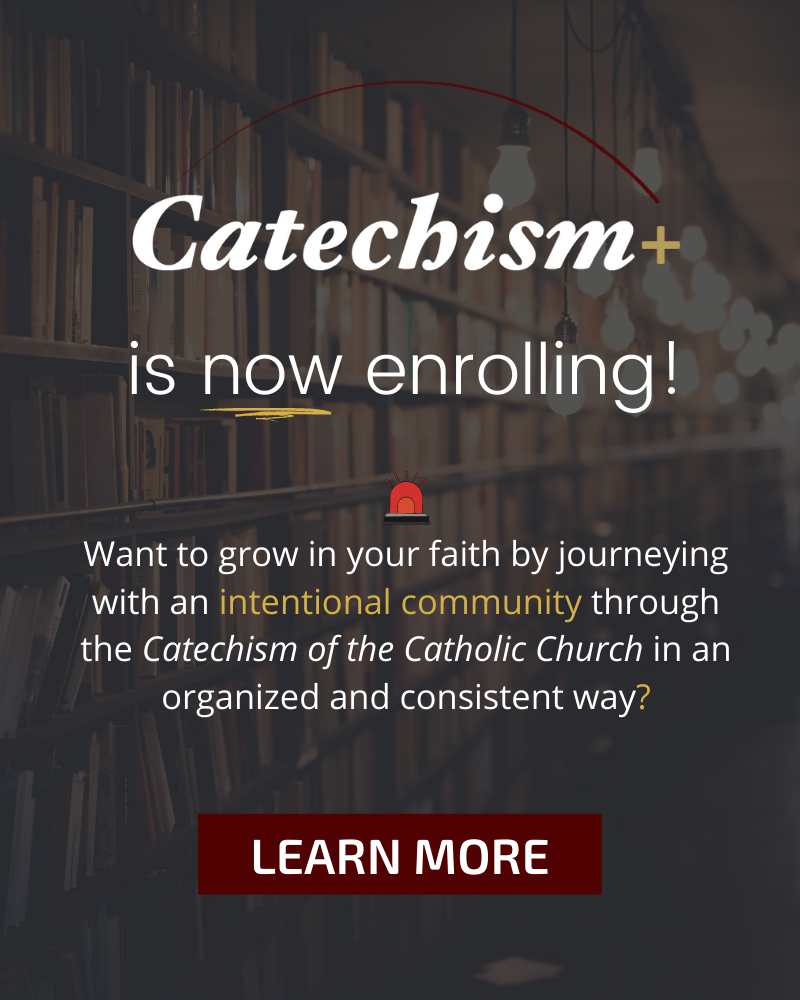